The problem goes as follows:

A train is coming on the tracks, and it's moving in fast! It just so happens that 5 people are not paying attention and it's about to hit them and kill them all 🙁 However, there is a solution! You are standing next to a lever that will divert the train onto another track. Great! Here's the catch: By moving the lever you will cause the train to discourse and inadvertently kill one other innocent person on the other set of tracks.

Do you pull the lever to save the 5 while also being responsible for killing the 1 person on the other set of tracks? 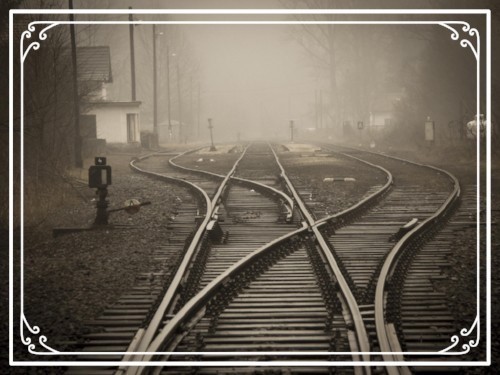 Here is a second version:

A train is headed towards 5 innocent people just the same as before, however, this time you are standing on top of a bridge that the train will go under just before killing the people. There is a fat man next to you. If you push the fat man off of the bridge in front of the train, you will stop it and save the other 5.

Now will you sacrifice 1 to save the 5?

This popular philosophical dilemma sheds light as to how we should go about determining moral dilemmas. Most people say "yes" to the first version but "no" to the second. But why? Are we morally illiterate or is there something worse about pushing a fat man off a bridge versus pulling a lever?

Are you intrigued? Read Would You Kill the Fat Man? By David Edmonds that explores the entire dilemma introducing new perspectives and insights.