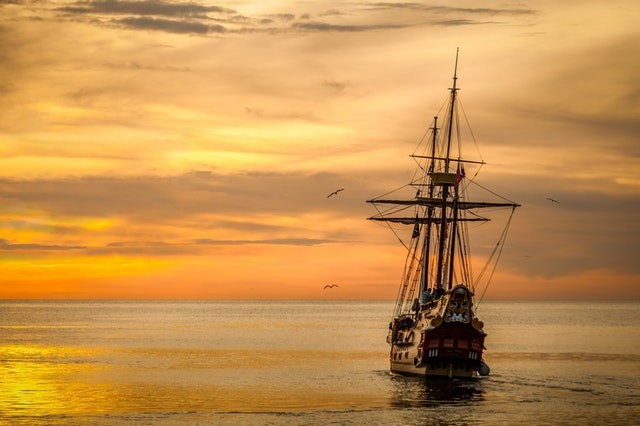 The ship that the hero, Theseus, sailed has been recovered and placed in a museum. Over time, the museum restores the ship, replacing the rotten wooden parts with new ones. Eventually, the ship has been completely replaced by new parts. Is it the same ship?

Now, let's take this a step further. The old and rotten planks of the original ship have been reconstructed into the ship it had been previously. Which ship is the original?

This thought experiment has puzzled many, and many philosophers have attempted to solve this identity problem. Heraclitus, for one, stated his well known, "you cannot step into the same river twice," meaning when you step in a river the water is always changing. And the ship, it may also be everchanging and remain the same ship regardless of the changing parts.

Aristotle described 4 "causes" that define an object.
1. The formal cause (the design of a thing)
2. The material cause (what it is made out of)
3. The efficient cause (who and how it was made)
4. The final cause (what purpose the object serves)

According to Aristotle, the identity or the "what it is" of a thing is the formal cause. So again, in this case, we side with the organization/design of the ship (regardless of changing parts) defining it as its identity.

But of course, there are counterarguments to these answers as well. What if two ships were built with the exact same design and then battled each other until one sank? It is not logical that they would both be the same ship even though they began as having the same form. And so the debate continues...

Taking It A Step Further
If you'd like to go further into detail on the identity problem with the Ship of Theseus, check out the book Ship of Theseus by V.M. Straka.